The Newton North Class of 2023 is partnering with Putting 4 Patients to host a Mini-Golf Fundraiser on October 1st, 12-3pm, on the Newton North Front Field.  (In case of rain, the event will be in the Newton North SOA).  All proceeds go to Pediatric Cancer at Boston Children’s Hospital and Dana Farber.

Activities include an 18-Hole Mini-Golf Course with prizes for the winner and the winning team, a Hole in One Contest, Face Painting and a Prize Drawing.  Entry is $10 for students and kids and $15 for adults.  All are welcome!  Food from food trucks and a concession stand will also be available for purchase, and some proceeds will benefit the Newton North Class of 2023.

Additional donations to Putting for Patients from this event can be made HERE.  On this site you can also mention why you are supporting.

The City of Newton’s Cultural Development office is hosing two great kid-friendly this Fall. Please see below for more information and share with families!

The Harvest Fair on Sunday Octover 16th is a wonderful family event in Newton Centre where kids can enjoy games, rides, entertainment, and fair food.

The Halloween Window Painting is a once-a-year opportunity for creative kid artists to adorn Newton storefronts with Halloween-themed art. It’s open to all Newton students in grades 3-8. Students can register HERE.

The City of Newton’s Cultural Development office is hosing two great kid-friendly this Fall. Please see below for more information and share with families!

The Harvest Fair on Sunday Octover 16th is a wonderful family event in Newton Centre where kids can enjoy games, rides, entertainment, and fair food.

The Halloween Window Painting is a once-a-year opportunity for creative kid artists to adorn Newton storefronts with Halloween-themed art. It’s open to all Newton students in grades 3-8. Students can register here.

The Newton COVID-19 Care Fund is designed to provide financial assistance to Newton residents, people who work in Newton, and families with children receiving childcare services in Newton or enrolled in Newton Public Schools who have been financially burdened by the pandemic. City of Newton First Responders who incur new childcare expenses or other expenses as a result of the crisis are also eligible.

The funding is available for basic needs, including rent/mortgage, childcare, health care, utilities, or other immediate needs. The application asks for documentation of the need and also of the change in income in the home. Please apply; so many people here in Newton have had and are anticipated to have significant setbacks due to the pandemic. The people reviewing the applications at Family ACCESS – want to make this fund as accessible as possible.

The goal of social distancing is to slow down the spread of COVID-19 and keep everyone as healthy as possible.  If you, or someone you have direct contact with, become ill and require testing for COVID-19, please reach out to Ruth Hoshino, the Director of School Health Services, hoshinor@newton.k12.ma.us.

We need your help.

The City of Newton’s recycling contains 18 percent contamination. Contractually, the City is required to have a contamination rate of less than 10 percent. As a result, the City was charged $6,120 in fines last month and we have paid $65,611 in fines so far in 2018. This is a direct impact Newton is facing due to the global recycling markets downturn you may have heard about this year.

The City of Newton is embarking on a focused initiative to educate our residents and lower our contamination rate. We received a grant from the Massachusetts Department of Environmental Protection to fund a robust education campaign, help us inspect what’s in the recycling carts and to communicate that information to residents.

Beginning next week, on Monday, October 1, we will be performing curbside inspections of residential recycling carts. Contaminated carts will first receive a warning and specific feedback on what issue was found.

If, after a warning is issued, a cart is found to again contain contamination, it will not be collected that week. A tag indicating the issue found will be left on the cart handle and we will also send a follow up letter. Once the issue has been corrected, the cart will be collected the following week.

We know that recycling has become increasingly complex in recent years and that our education efforts have not been effective in keeping up with this growing complexity.

Contamination in our recycling typically comes in two forms:

1)     Materials that belong in the green cart but are not prepared correctly. For example, contamination occurs when there is still food in a plastic container or a half-filled bottle of juice. Containers should be empty and clean (just a quick rinse) before being placed in the green cart.

2)     Materials that do not belong in the green cart. The most common contaminant is plastic bags. Other contaminants include other plastic film (such as the wrap around a case of bottled water), food, liquids, textiles, toys and electronics.

The only materials that belong in the green cart are empty bottles, jars, and containers made of metal, plastic and glass from the kitchen, laundry and bath, and paper and flattened cardboard.

We believe deeply in diverting waste whenever possible to lessen our environmental footprint. But, unless you are absolutely certain that something is recyclable in the green cart, put it in the trash instead. Think – “When in doubt, throw it out!”
I know it will be difficult for you if we reject your cart because of contaminated materials and we don’t pick it up for a week.

For more information about how to recycle correctly, check out the mobile Recycle Right Newton app or get information here. Thanks for your help and your commitment to a more sustainable Newton.

As a program participant, you will have greater control over the environmental characteristics and price of your electricity supply. You will receive a standard amount of renewable electricity automatically, above the minimum amount required by state law, without choosing any of the options. (The standard amount is still to be determined.)

Or you can choose to:

Participating and opting out: All Eversource Basic Service customers will be automatically enrolled. But participation is not required. Electricity customers may opt out of the program before being enrolled or at any time with no fee or penalty.

Each year the event brings together elected officials, the business community, volunteer service clubs, health and human service organizations, the Newton schools, religious congregations and other members of the Newton community to voice our support of the philosophy that all people should be treated with dignity and respect.

Newton’s diversity is evidenced by the fact that over sixty different linguistic groups are represented within the City’s School system.  A broad variety of backgrounds and cultures are spread among Newton’s thirteen villages.  The mix of the many races, creeds, and ethnicities in our community is a treasured resource to be nurtured, protected and celebrated.

This past year, with two publicized incidents of racist and anti-Semitic behavior.  Newton’s leadership jumped in quickly to take corrective action with the offenders, and sent us all a reminder of the ideals noted above.

We are reminded of the words of the Rev. Martin Luther King, Jr., ” Life’s Most Persistent and Urgent Question is, What are We Doing for Others”.  In response to this question, Rotary members will be providing boxes at the event for attendees to drop off their donations.  Drop-offs after the Celebration may be made at the office of The Presti Group Realty, 701 Washington Street in Newton.

The next NewtonSERVES day of service will be held Sunday April 30th! SAVE THE DATE….. more details to follow!

Greetings from the Mayor’s Office for Cultural Affairs!

We are excited to announce that the Mayor’s Office for Cultural Affairs has a new weekly column in the Newton TAB. It is called ‘Spotlight On…’ and it showcases all the arts in Newton. This is an opportunity for you also to promote any cultural or artistic person, activity or group you are involved with.

Please send an email to Linda (lplaut@newtonma.gov) before Wednesday, for publication in the following week issue of the TAB, with one or two sentences (60 words or less) sharing this information. Last week’s column featured a call for sculptors for the upcoming Festival of the Arts. If you, or someone you know locally is a sculptor and would be interested in being part of the outdoor sculpture exhibition at Newton City Hall, please visit this link http://www.newtoncommunitypride.org/festival/sculpture.html

As always, keep checking our new free on-line calendar of the Arts at www.newtonartscalendar.org for everything cultural going on in Newton. And keep an eye on www.newtoncommunitypride.org for the Spelling Bee and Heartbreak Hill Road Race registrations, and the Tanglewood Marionettes “Cinderella” in February vacation.

Linda and I would like to wish you all a very happy and healthy New Year.

Start the Holiday Season off with a cheerful evening of song, hot chocolate and fun! Sing-along with the Stacey Peasley Band – an award-winning band whose music is joyful and playful – as they play your favorite holiday songs. Then, enjoy some hot chocolate courtesy of PhysicianOne Urgent Care, or tea from David’s Tea, and delicious snack bars donated by KIND, as you watch a “Rockettes” performance by Creative Dance Steps Studio.

All of this excitement builds up to the Grande Finale of Mayor Setti Warren flipping the switch that turns the grounds into a twinkling winterland! Please bring a donation for Newton’s Food Pantries. For more information, visit www.newtoncommunitypride.org or call 617-796-1540.

Join Mayor Setti D. Warren and Rep. Kay Khan at the program No Regrets: Newton and the Opioid Epidemic. Featuring If Only, a short film by James Wahlberg and an interactive panel discussion with special guest Middlesex District Attorney Marian Ryan and others affected by this epidemic.

For all teens and adults.

Support Bigelow While You Shop

Support Bigelow While You Shop 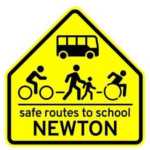